Market for Fully Printed Sensors Will Reach 4.9 Billion by 2032 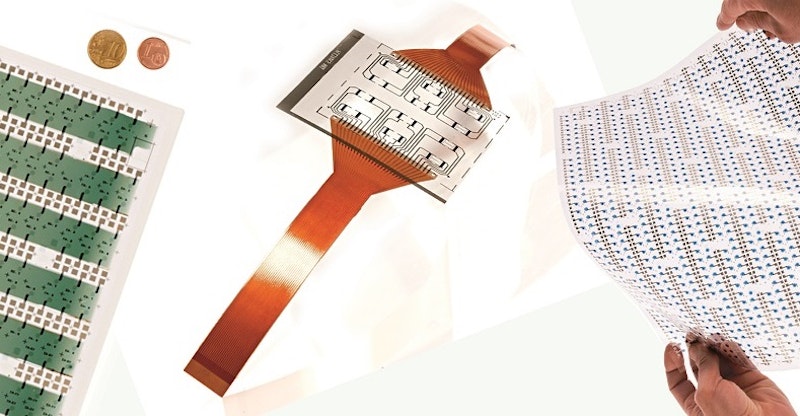 Printed and flexible sensors constitute the largest printed electronics market outside of displays. Indeed, we forecast that the market for fully printed sensors will reach 4.9 billion by 2032. This growth is despite the sustained displacement of its largest market - printed glucose test strips - with continuous glucose monitoring (CGM) approaches. Market growth of the overall category is therefore enabled by the rise of many new applications and technologies.
The new report from IDTechEx, "Printed and Flexible Sensors 2022-2032: Technologies, Players, Markets", comprehensively explores the printed and flexible sensor landscape covering both established and emerging technologies with an extremely broad range of applications. Specifically, the report covers:

Motivation for printed and flexible sensors

Printed sensors span a diverse range of technologies and applications, ranging from image sensors to wearable electrodes. Each sensor category seeks to offer a distinctive value proposition over the incumbent technology, with distinct technological and commercial challenges on route to widespread adoption.
Despite this diversity, there are multiple factors that are driving the adoption of many types of printed/flexible sensors. Most important is the increasing adoption of 'IoT' and 'Industry 4.0' since they will require extensive networks of often wirelessly connected low-cost and unobtrusive sensors. Additionally, the thin-film form factor and conformality of printed/flexible sensors enable them to be incorporated within smaller devices, thus providing increased freedom for designers to differentiate their products and potentially new use cases. 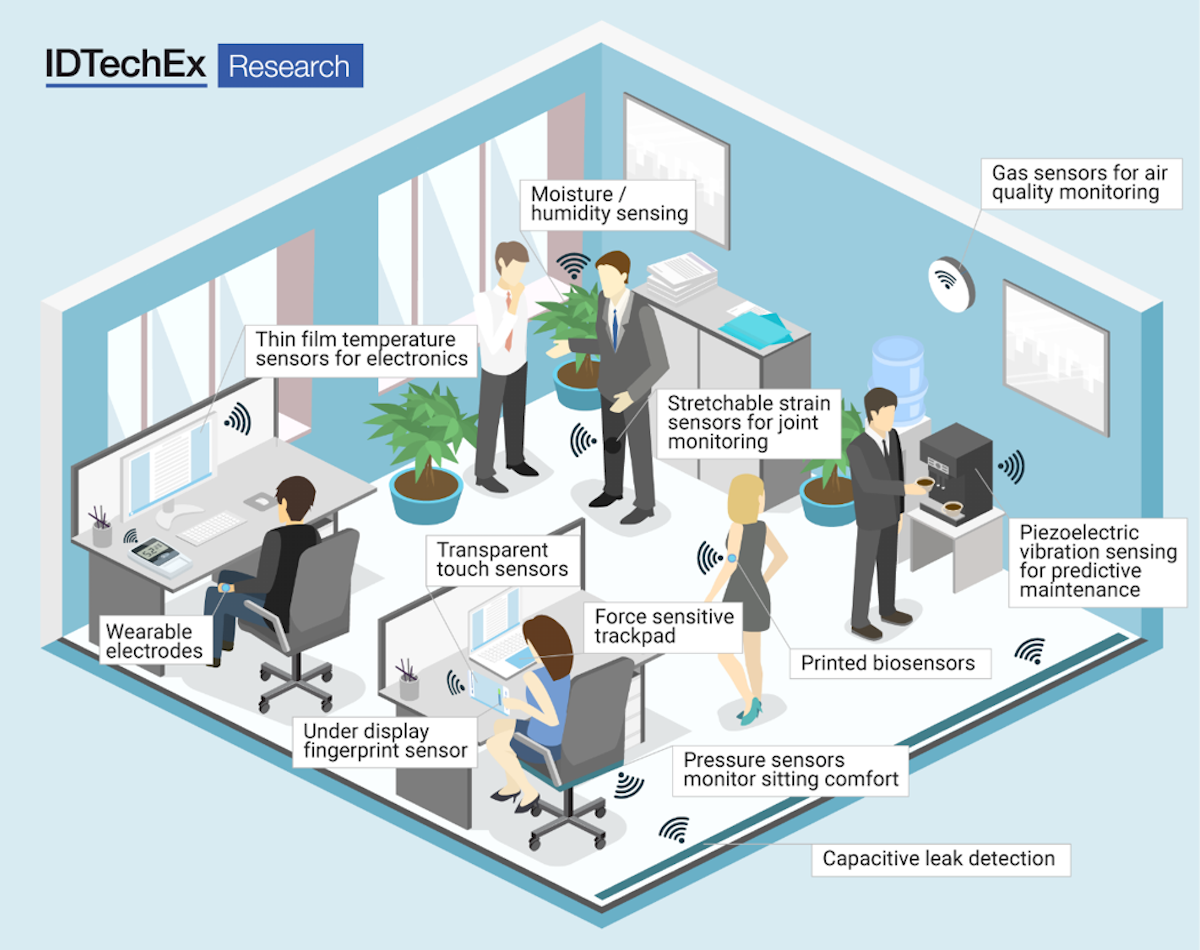 Printed/flexible sensors have multiple applications, including for continuous health monitoring and smart buildings - all are covered in the IDTechEx report, "Printed and Flexible Sensors 2022-2032: Technologies, Players, Markets".

Some of the most commercially promising printed and flexible sensor technologies covered in the report include:
Capacitive touch sensors - well-established and widely used for transparent touch sensors such as smartphones and tablets. However, there is still extensive scope for innovation within capacitive touch in terms of the transparent conductive materials used, the ability to sense touch over large area displays, and alternative applications for capacitive sensing such as leak detection and interactive surfaces.
Piezoresistive force sensors - a longstanding application, widely used today in car occupancy sensors, musical instruments, industrial equipment, and some medical devices. While these markets are somewhat commoditized, the sector is innovating to access new, differentiated, higher-value applications. One example is 3D touch panels that can measure applied force as a function position, thus enabling the recognition of complex HMI gestures than the incumbent capacitive touch panels. Suppliers are continuing to target phones, computer gaming, and automotive interiors.
Gas sensors - an area undergoing continued innovation, with emerging approaches utilizing functionalized carbon nanotubes and solution-processable semiconductors. Gas sensors are already used in many industrial contexts and are likely to be increasingly adopted as concern about air pollution grows. Another promising long-term application in which printed gas sensors offer unique capability is directly printing onto food packaging to measure food degradation.
Temperature sensors - can be printed, for example using either a composite ink with silicon nanoparticles or carbon nanotubes. Their main challenge is the low cost, lightweight, and ubiquity of very mature solutions such as thermistors and resistive temperature detectors. As such, printed temperature sensors have the clearest value proposition applications that require spatial resolution using a conformal array, such as monitoring wounds or skin complaints. Monitoring batteries in electric vehicles is another highly promising application that is receiving increased interest, with the lightweight and ease of integration with pouch cells the main attractions.

IDTechEx's new report "Printed and Flexible Sensors 2022-2032: Technologies, Players, Markets" outlines the current status and future application opportunities across the nine different printed/flexible sensor categories outlined above. The report includes highly granular 10-year market forecasts by technology and application, expressed as both volume and revenue. Also included are multiple application examples, technological/commercial readiness assessments, and over 50 company profiles based on interviews with early-stage and established companies. Further details can be found, along with downloadable sample pages, at www.IDTechEx.com/flexsensors.
IDTechEx guides your strategic business decisions through its Research, Subscription and Consultancy products, helping you profit from emerging technologies. For more information, contact research@IDTechEx.com or visit www.IDTechEx.com

Interesting article, we at Integrated Graphene are print 3D graphene foam sensors for biosensing applications and can see a plethora of opportunities for flexible sensors. We can easily see this estimate being met for demand. 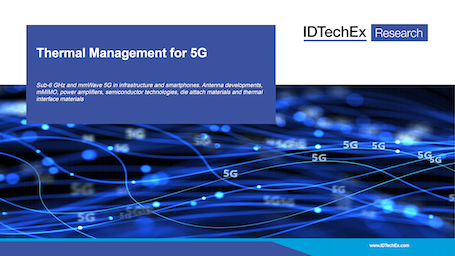